Mining QRL using any spare CPU I can find. A journey through building a recycled mining rig and earning cryptocurrency. 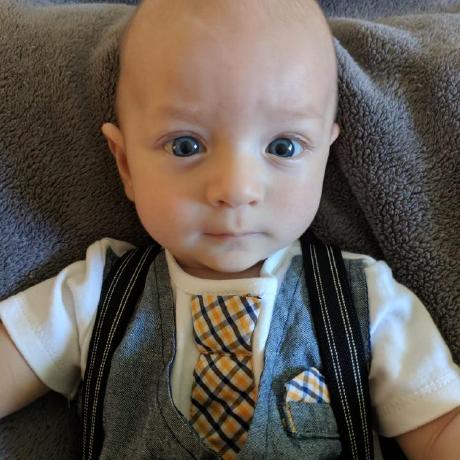 Tinkerer of all the things!

Mining QRL using any spare CPU I can find. A journey through building a recycled mining rig and earning cryptocurrency.

Mining crypto using recycled equipment has taught me a ton. These two points stick out the most:

Most of the mining PC’s I operate are already performing some other task and usually not anywhere near full utilization. Mining uses up the spare cores while the power is on already. Seems dumb not to mine at the same time.

I’ve been lucky enough to have gathered quite the collection of computers over the years. From old friends, family members and my employment from time to time all seem to want to give me their junk! Whats worse I take it!

Using the computers that I have been given with a little cleanup and some parts swapping, I have about 15 Kh/s worth of hashrate mining. Not bad for free gear!

These computers live in the garage and under my desk, really anywhere I can stuff them on an open circuit.

All of my units are in air cooled, and controlled environments with dedicated electrical circuits that are sized for the load the computers consume.

Power and cooling are the largest risks to mining, if either go wrong you end up with a fire! Get an expert to help if you need to. Don’t burn your house down!

I chose to mine the Quantum Resistant Ledger (QRL) for a few reasons.

QRL hardforked to the new RandomX mining algorithm a while ago and now it is actually profitable to mine again using a normal PC.

More information can be found at the QRL Documentation site

The Hardware - Use What You’ve Got!

The latest PC I inherited came from a colleague who works in the digital advertising world. He was cleaning out his work space at the office and was going to throw out some old equipment that had been replaced a few months ago. I gladly offered to pickup the “servers” he had and quickly found he had a bunch of other equipment to get rid of as well.

Needles to say I filled my car with old tech and retreated home to scour my loot for any hidden gems. To my surprise the care package included about 35 first generation raspberry pi single board computers. Going to have to find a good use for those on a rainy day as they are crap for mining RandomX.

When I finally got around to opening the server chassis, fully expecting a one off purpose built motherboard dedicated to the case it was in. Not the case at all. Instead I found a Sabertooth Z77 Motherboard populated with an Intel(R) Core(TM) i7-3770K CPU @ 3.50GHz processor and 32Gb of RAM! Not what I was expecting at all!

Now to re-purpose these bad ass computers and give them a home they deserve. I had one case lying around that would fit the new found board however it is made to be a HTPC and is not very well suited to the high heat conditions that mining puts on a computer.

On top of that the CPU’s still had the stock cooler mounted to the board. Such a small fan on such a sweat board, something had to be done. I quickly jumped on the old duckduckgo box and found a nice little liquid cooler unit that fit on the CPU and didn’t light up like a carnival.

I chose the Corsair XXXXX for the size and price point, remember this is a free PC after all. I wanted to make sure the unit cools enough under full loads but I also don’t want to hear the fans all the time. This PC will live next to my desk and chances are become my daily driver if all works out.

Next was the case, which I wanted to keep as small and not flashy as possible. Something quiet that blends in to the background. I picked up the Corsair case as well with a great price and features to satisfy.

I threw in a new SSD and waited for the shipping. While I waited I collected the rest of the stuff I would need to throw into the case, plenty of 120mm fans and an old power supply I had lying around the shop.

The PC came out great, you would hardly know this board was once in a server chassis with a power supply that almost caught fire. Looks like I spent thousands of dollars on the build and in the end it was less than $250

Easy to assemble the case was great! I may pick another up in white for the other server I received for free. For now it will just act as my spare parts if something were to go wrong.

You may also enjoy

Hacking together a nice webcam over USB with a Nikon D3300 DSLR and Ubuntu Focal 20.04 to work from home. With covid forcing me to work remotely, I needed t...

A place to house my random thoughts! Welcome to my blog! Strange that it’s now 2020 and I just got around to setting this up. Needles to say I have a ton of...